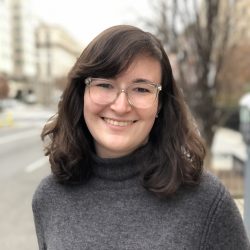 Lindsay Milliken is a Policy Analyst for Science, Technology, and Innovation at the Federation of American Scientists.  She supports both the Congressional Science Policy Initiative and the Technology and Innovation Initiative. Previously, she worked as a Legislative Research Assistant at Lewis-Burke Associates, a government relations firm specializing in science policy and higher education.

Lindsay received her BA in Political Science with a minor in Physics from American University in Washington, DC.  During her time at AU, she worked at the National Association of Biomedical Research, which supports the humane use of animal models in medical research.