On February 4, President Biden issued a memorandum to agency heads on “advancing the human rights of lesbian, gay, bisexual, transgender, queer, and intersex persons around the world.”

He directed that “it shall be the policy of the United States to pursue an end to violence and discrimination on the basis of sexual orientation, gender identity or expression, or sex characteristics.”

Somewhat surprisingly, the memorandum was designated National Security Memorandum/NSM-4 and was published as such in the Federal Register on February 26. 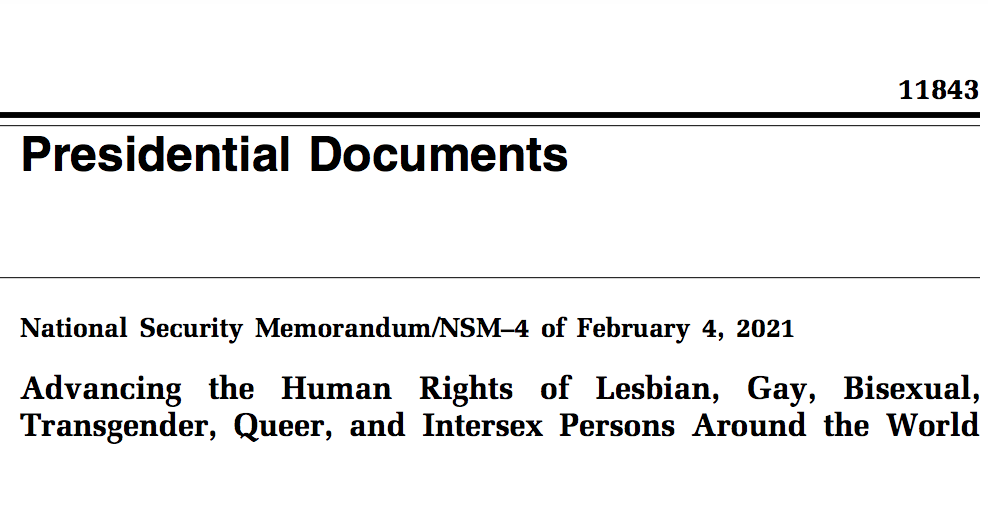 This was unexpected since the NSM designation was not included in the original White House release on February 4, and the memorandum itself does not make any explicit reference to national security. The Biden memo builds on a 2011 Obama Memorandum which also did not invoke national security.

In effect, the defense of LGBTQI+ rights has now been elevated by the Biden Administration to a national security policy of the United States.

But perhaps because the “National Security Directive” designation was previously claimed by the first Bush Administration, Biden’s NSD-1 was renamed and reissued as National Security Memorandum 1.