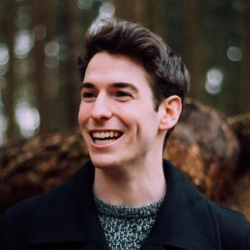 Matt Korda is a Senior Research Associate and Project Manager for the Nuclear Information Project at the Federation of American Scientists, where he co-authors the Nuclear Notebook––an authoritative open-source estimate of global nuclear forces and trends. Matt is also an Associate Researcher with the Weapons of Mass Destruction Programme at the Stockholm International Peace Research Institute (SIPRI). Previously, he worked for the Arms Control, Disarmament, and WMD Non-Proliferation Centre at NATO HQ in Brussels. Matt is also the co-director of Foreign Policy Generation––a group of young people working to develop a progressive foreign policy for the next generation.

He received his MA in International Peace & Security from the Department of War Studies at King’s College London, where he subsequently worked as a Research Assistant on nuclear deterrence and strategic stability. He also completed an internship with the Verification, Training and Information Centre (VERTIC) in London, where he focused on nuclear security and safeguards.

Matt’s research interests and recent publications focus on nuclear deterrence and disarmament, progressive foreign policy, and the nexus between nuclear weapons, climate change, and injustice. Matt’s work has been widely published and quoted in The New York Times, The Washington Post, The Toronto Star, Forbes, CBC, Politico, The Nation, Bulletin of the Atomic Scientists, Defense One, Inkstick, 38 North, Arms Control Wonk, and others.

Matt is a listed Expert member of the Forum on the Arms Trade program and an Associate Member of the Canadian Pugwash Group. He was also the Ploughshares Fund’s 2020 Olum Fellow, a 2019 alumnus of the Wilson Center’s Nuclear History Boot Camp, a 2019 CSIS Nuclear Scholar, and a 2018 alumnus of IGCC’s Public Policy and Nuclear Threats Boot Camp.