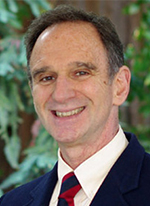 Hellman was at IBM’s Watson Research Center from 1968-69 and an Assistant Professor of EE at MIT from 1969-71. Returning to Stanford in 1971, he served on the regular faculty until becoming Professor Emeritus in 1996. He has authored over seventy technical papers, ten U.S. patents and a number of foreign equivalents.

Along with Diffie and Merkle, Hellman invented public key cryptography, the technology which allows secure transactions on the Internet, including literally trillions of dollars of financial transactions daily. He has also been a long-time contributor to the computer privacy debate, starting with the issue of DES key size in 1975 and culminating with service (1994-96) on the National Research Council’s Committee to Study National Cryptographic Policy, whose main recommendations have since been implemented.

Hellman has a deep interest in the ethics of technological development. With Prof. Anatoly Gromyko of Moscow, he co-edited Breakthrough: Emerging New Thinking, a book published simultaneously in Russian and English in 1987 during the rapid change in Soviet-American relations. Breakthrough outlined how the equations of survival had changed in the nuclear age.

His current project, Defusing the Nuclear Threat, is applying quantitative risk analysis to a potential failure of nuclear deterrence. In addition to illuminating the level of risk inherent in threatening to destroy civilization in an effort to maintain the peace, this approach highlights how small changes, early in the accident chain, can reduce the risk far more than might first appear. This methodology has been endorsed by a number of prominent individuals including a former Director of the National Security Agency, Stanford’s President Emeritus, and two Nobel Laureates.

He also worked to develop an environment within the university within which students of diverse backgrounds can function to the best of their ability. This work was recognized by four teaching awards, including three from minority student organizations.

More detailed information is available on his honors and awards, his university service, and his professional and civic service.