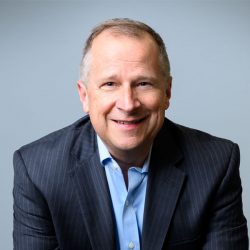 Jamie Graybeal is Director of the Defense Budget Project, where he works consolidating a vision of an agile resourcing process that will enable the Department of Defense to develop national security capabilities at pace with the speed of innovation. Previously Jamie worked as the Vice President for Public Affairs and Government Relations at SOSi after more than 32 years of combined uniformed and civilian federal service.

Before joining SOSi, he served as the Executive for Reform Outreach within the Secretary of Defense’s Cost Assessment and Program Evaluation (CAPE) directorate. Working with the CAPE team, he was responsible for building and executing communication strategies to educate key audiences about some of the Department’s most complicated budgetary decisions.

His most recent civilian postings include serving as the Director of Communications at the Center for Strategic and Budgetary Assessments (CSBA), the Associate Director for Public Affairs for the Presidential Military Compensation and Retirement Modernization Commission (MCRMC), the Deputy Public Affairs Officer for the International Security Assistance Force (ISAF) in Afghanistan, and the U.S. Navy’s Assistant Chief of Information for Communication Strategy, Integration, and Assessment.