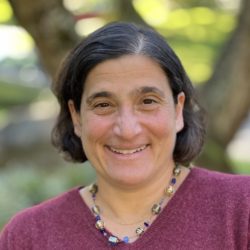 Erica Goldman has served in various roles spanning the boundaries between science and policy throughout her career. She has a diverse background that includes science writing, science policy, and academic research and her passions lie in making connections between these domains. Most recently, Erica served as the Deputy Director of the Global Council for Science and the Environment, where she worked across a network of institutions and diverse groups of scientists to improve the scientific basis of environmental decision-making. Previously, she served as the Director of Policy Engagement for COMPASS, a nonprofit organization that helps environmental scientists effectively share their knowledge in the public discourse and decision-making. She also served a six-month term in the White House Council on Environmental Quality on the Land & Water Ecosystems Team during the Obama Administration. She has worked as a science writer for the Maryland Sea Grant College Program; served as a Knauss marine policy fellow in the Natural Resources Committee of the U.S. House of Representatives; and worked as a news intern at Science Magazine. Erica received her Ph.D. in Biology from the University of Washington and her Bachelor’s of Science degree from Yale University.

The Next Ten Years of Climate Policy, According to Our Experts
April 22, 2022
Working to Shape the Future of Science Policy With Entrepreneurship and Humility
December 22, 2021