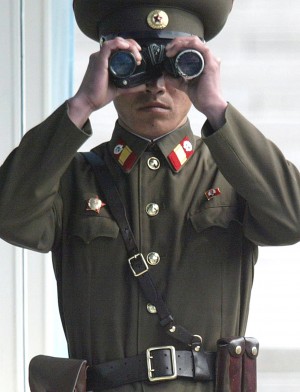 North Korea’s boast on January 5 about having detonated a “hydrogen bomb,” the colloquial name for a thermonuclear explosive, seems highly hyperbolic due to the relatively low estimated explosive yield, as inferred from the reported seismic magnitude of about 4.8 (a small- to moderately-sized event). More important, I think the Korean Central News Agency’s rationale for the test deserves attention and makes logical sense from North Korea’s perspective. That statement was: “This test is a measure for self-defense the D.P.R.K. has taken to firmly protect the sovereignty of the country and the vital right of the nation from the ever-growing nuclear threat and blackmail by the U.S.-led hostile forces and to reliably safeguard the peace on the Korean Peninsula and regional security.” (D.P.R.K. stands for the Democratic People’s Republic of Korea, the official name for North Korea.)

Having been to North Korea twice (November 2000 and November 2011) and having talked to both political and technical people there, I believe that they are sincere when they say that they believe that the United States has a hostile policy toward their country. After all, the Korean War has yet to be officially ended with a peace treaty. The United States and the Republic of Korea (South Korea) conduct annual war games that have appeared threatening to the North while the United States and the ROK say that they perform these military exercises to be prepared to defend against or deter a potential war with North Korea. Clearly, there is more than enough fear on both sides of the Demilitarized Zone on the Korean Peninsula.

Aside from posturing and signaling to the United States, South Korea, and Japan, a North Korean claim of a genuine hydrogen bomb (even if it is not yet ready for prime time) is cause for concern from a military standpoint because of the higher explosive yields from such weapons. But almost all of the recent news stories, experts’ analyses, and the statements from the White House and South Korea have discounted this claim.

How Does a Boosted Fission Bomb Work?

Instead, at best, the stories and articles suggest that North Korea may have tested a boosted fission device. Such a device would use a fission chain reaction of fissile material, such as plutonium or highly enriched uranium, to then fuse the heavy hydrogen isotopes deuterium and tritium, which would have been injected just before detonation into the hollow core of the bomb. While the fusion reaction does somewhat increase the explosive yield, the main purpose of this reaction is to release lots of neutrons that would then cause many additional fission reactions.

In the case where North Korea does not need to produce a much bigger explosive yield per bomb, but is content with low to moderate yields, it can make much more efficient use of its available fissile material (with a stockpile estimated at a dozen to a few dozen bombs’ worth of material) and have much lower weight bombs. This is the key to understanding why a boosted fission bomb is a serious military concern. It is more apt to fit on ballistic missiles. The lighter the payload (warhead), the farther a ballistic missile with a given amount of thrust can carry the bomb to a target.

From a Military Standpoint: Cause for Concern?

If true, North Korea would have nuclear weapons that would provide real military utility. North Korea would not need high yield nuclear explosives to pose a real military nuclear threat because cities such as Seoul and Tokyo cover wide areas and would thus be easy targets even with relatively inaccurate missiles. But the most important point is that the nuclear weapon has to be light enough to be carried by a missile for a long enough distance to reach these and other targets such as the United States by using a long-range missile. In contrast, if North Korea only had large size and heavy weight nuclear bombs, it would have significant difficulty in delivering such weapons to targets, unless it tried to smuggle these unwieldy bombs into South Korea or Japan.

Obviously, the uncertainty about North Korea’s nuclear weapons program is considerable, and we may never fully find out what was really tested a few days ago, despite the planes that the U.S. has been flying near North Korea to detect any leakage of radioactive elements or other physical evidence from the test site.

Nonetheless, I think it is worthwhile to point out that some confusion has been afoot in several news stories. I have read in a number of press reports that there is doubt as to whether North Korea could produce the tritium that would be needed for a boosted fission device. In September of last year, David Albright and Serena Kelleher-Vergantini of the Institute for Science and International Security published a report that the 5 MWe gas-graphite reactor at Yongbyon is “not an ideal producer of isotopes, it can be used in this way.” They noted, “As part of the renovation of the reactor, North Korean technicians reportedly installed (or renovated) irradiation channels in the core. These channels would be used to make various types of isotopes, potentially for civilian or military purposes.”[1] They further observed that tritium could be produced in such irradiation channels, although there is not conclusive evidence of this production.

The New York Times further sowed some confusion by solely mentioning that tritium is used for boosting, but neglected to mention deuterium. The deuterium and tritium fusion reaction is the “easiest” fusion reaction to ignite while still very challenging to do.[2] The Times also gave the impression that boosting was just about increasing the explosive yield but did not discuss the important point about boosting the efficient use of fissile material so as to substantially decrease the overall weight of the bomb.

None other than Dr. Hans Bethe, leader of the Theoretical Division at Los Alamos during the Manhattan Project and a founder of FAS, stated in a May 28, 1952 memorandum that “by the middle of 1948, [Dr. Edward] Teller had invented the booster, in which a fission bomb initiates a thermonuclear reaction in a moderate volume of a mixture of T [tritium] and D [deuterium], … [and a test in Nevada] demonstrated the practical usefulness of the booster for small-diameter implosion weapons.”[3] Note that “small-diameter” in this context implies that this weapon would be suitable for ballistic missiles.

Just a day before the nuclear test, Joseph Bermudez published an essay for the non-governmental website 38 North (affiliated with the US-Korea Institute at the School for Advanced International Studies) about North Korea’s ballistic missile submarine program. He assessed: “Reports of a North Korean ‘ejection’ test of the Bukkeukseong-1 (Polaris-1, KN-11) submarine-launched ballistic missile (SLBM) on December 21, 2015, appear to be supported by new commercial satellite imagery of the Sinpo South Shipyard. This imagery also indicates that despite reports of a failed test in late November 2015 North Korea is continuing to actively pursue its SLBM development program.”[4] A boosted fission device test (if such took place on January 5) would dovetail with the ballistic missile submarine program.

Where Do We Go From Here?

I will conclude by underscoring that the United States will have to work even harder to reassure allies such as Japan and South Korea. Early last year, I wrote a paper that describes how relatively easily South Korea could make nuclear weapons while urging that the United States needs to prevent this from happening. As Prof. Martin Hellman of Stanford University and a member of FAS’s Board of Experts has written in a recent blog: “As distasteful as the Kim Jong-un regime is, we need to learn how to live with it, rather than continue vainly trying to make it collapse. As Dr. [Siegfried] Hecker [former Director of Los Alamos National Laboratory] points out, that latter approach has given us an unstable nation with a nuclear arsenal. Insanity has been defined as repeating the same mistake over and over again, but expecting a different outcome. Isn’t it time we tried a new experiment?”

[3] Hans A. Bethe, “Memorandum on the History of Thermonuclear Program,” May 28. 1952, (Assembled on 5/12/90 from 3 different versions by Chuck Hansen, Editor, Swords of Armageddon), available at http://www.fas.org/nuke/guide/usa/nuclear/bethe-52.htm