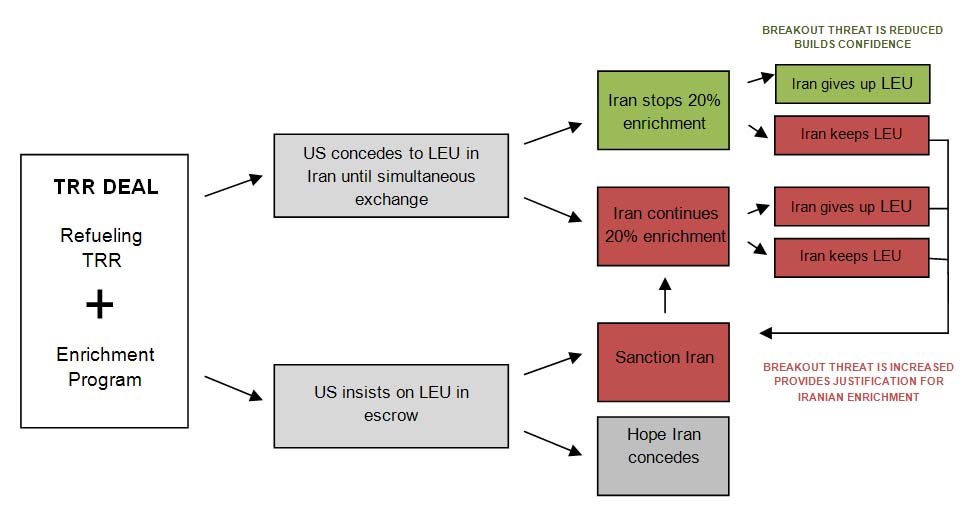 by Ivanka Barzashka and Ivan Oelrich

Iran and the rest of the world are stalemated. Obama’s deadline for Tehran to address concerns about its nuclear program passed at the end of 2009, so the White House is moving to harsher sanctions. But the US is having trouble rallying the needed international support because Iranian intentions remain ambiguous. The deadlock includes negotiations on fueling Iran’s medical isotope reactor. With no progress on that front, Iran has begun its own production of 20-percent uranium for reactor fuel, a worrying development that could put Iran closer to a nuclear weapon. Yet, even while talk of sanctions escalates, Tehran says it is still interested in buying the 20 percent reactor fuel from foreign suppliers.

The Tehran Research Reactor (TRR) deal has backfired. The offer, to trade a large part of Iran’s low enriched uranium (LEU) for finished TRR fuel elements, was meant to abate the potential Iranian nuclear threat by reducing Iran’s stockpile of enriched nuclear material. By artificially coupling two distinct problems, re-fueling the TRR and Iran’s enrichment program, the US, France and Russia have given Tehran a reason, even a humanitarian one, to enrich to higher concentrations. The move to 20 percent enrichment will reduce by more than half the time needed for Iran to get a bomb’s worth of material.

There are clear indications, however, that Iran’s decision is not irreversible. A technical assessment shows that Iran is not really serious about 20 percent enrichment at this stage. The Islamic Republic has agreed in principle to the IAEA-brokered deal of swapping domestic LEU for foreign-made TRR fuel rods and is still looking to purchase fuel. Moreover, Tehran has said that it will stop enrichment to high concentrations once a deal is struck and the suppliers deliver on it.1 Currently, the only point of contention is where and when the swap will take place – Iran wants to keep the LEU on own soil under agency safeguards until the fuel rods are delivered, but the US, France, and Russia propose that Iranian LEU be shipped out immediately and be held outside the country until the fuel elements are ready.

By arguing about the details, we are losing track of what our goals are. Our main concern should be to make it more difficult – not easier – for Iran to build a nuclear weapon. Iranian defiance has become a basis for harsher sanctions but 20 percent enrichment is a costly price to pay. We currently face a greater Iranian breakout threat, one that sanctions will not reverse but may actually exacerbate. Indeed, sanctions may be the appropriate, but only when other measures have been exhausted. We believe there is still a viable option to see the fuel deal through and reduce the threat of a potential Iranian nuclear weapons program.

We propose the perfect litmus test for Iranian nuclear intensions. The international community should simply say “yes” and accept the terms of Tehran’s exchange proposal. The big achievement has already been made: getting Iran to agree to the fuel swap. This was a decision that met considerable domestic opposition within Iran. Leaving the LEU in Iran is not a dangerous concession and would not be a change from the current state of affairs since all of the nuclear material would remain under IAEA safeguards. If the material is shipped to a location outside Natanz, such as Kish Island, this could further alleviate concerns about the possibility of a quick breakout. Under our proposal, Iran would be required to suspend 20 percent enrichment as soon as a fuel deal is made and permanently stop enrichment to higher degrees when the fuel is actually delivered. If we act quickly and the deal is successful, we will set the nuclear clock back by both stopping 20 percent enrichment and perhaps even leave Iran with less than a weapon’s worth of LEU. We will build confidence – for the West, that Iran is willing to cooperate, and for Iran, that the West can provide credible fuel guarantees.

This test of intentions has low down-side risk and high potential payoff. Having taken away the raison d’être for enriching to higher degrees, if Iran does not stop production of 20 percent uranium and ship out their LEU after having received TRR fuel on their terms, it will be clear to the most skeptical observer that Iran’s program is motivated by a bomb. Yet, even in this worst case, we will be no worse off than we are already, but will have stronger international support for coercive options. Indeed, whatever small and transient risk exists in accepting Iran’s conditions is a small price to pay for resolving the ambiguity in Iran’s nuclear efforts. And, in the best case, this could be the first page of new relationship with Iran. 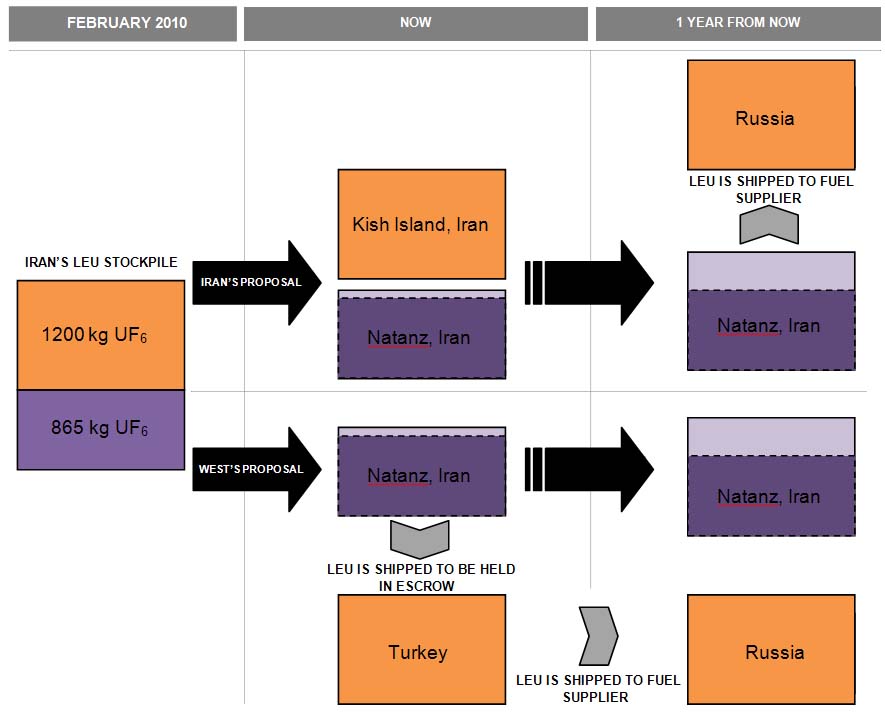 Update: Please note that we have changed the name of the paper since its original publication.