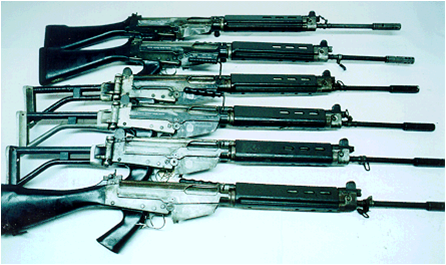 The recent discovery of Swedish AT-4 anti-tank rockets sold to Venezuela in a Colombian rebel arms cache raises serious questions about Venezuela’s ability to safeguard its arsenal of modern weaponry, including dozens of advanced SA-24 shoulder-fired, surface-to-air missiles.  Given the potential threat posed by these missiles and other weapons in Venezuela’s rapidly growing arsenal, the international community should take immediate steps to identify and close the gaps in Venezuela’s stockpile security and to ensure that the end-use monitoring conducted by states that export weapons to Venezuela is sufficiently robust.

According to Colombian authorities, Swedish anti-tank rocket launchers were found in October 2008 in an arms cache allegedly linked to the FARC.[1] On July 27th, Colombian Vice President Francisco Santos asserted that “[i]n several operations in which we have recovered weapons from the FARC, we have found powerful munitions and powerful equipment, including anti-tank weapons, from a European country that sold them to Venezuela and that turned up in the hands of the FARC.”[2] Thomas Samuelsson of the Swedish firm Saab Bofors Dynamics confirmed that the AT-4 rockets were manufactured and sold to Venezuela by his firm.[3] The Venezuelan government responded harshly to Colombia’s revelation, calling it “laughable” and recalling the Venezuelan ambassador to Colombia.[4]

This is not the first time that Colombian authorities have discovered Venezuelan weapons in rebel arms caches.  In 2006, the Federation of American Scientists called attention to several reports of Venezuelan firearms acquired by the FARC, sometimes “…in lots of 50,” according to a demobilized guerrilla interviewed by Jane’s Information Group.[5] In most of these cases, it is not clear what role, if any, that Venezuelan government officials played in the diversion.  There is much speculation about the regime’s support of the FARC and its role in arms trafficking to the embattled rebel group,[6] but verifying accusations of high-level complicity by the Venezuelan government based on information in the public domain is nearly impossible and, at one level, it doesn’t matter.  The Venezuelan government is responsible for safeguarding the military’s arsenal and should be held accountable for any diverted weapons, regardless of the circumstances surrounding their diversion. The focus, therefore, should shift from the fruitless back-and-forth with Chavez over his regime’s alleged support for the FARC to identifying the specific sources of diverted weapons, bolstering Venezuelan stockpile security, and calling on states that arm Venezuela to closely monitor their exported weapons.

The need for strong controls on Venezuela’s arsenals has never been greater.  In April, the world got its first, surprising glimpse of dozens of sophisticated SA-24 surface-to-air missiles imported by Venezuela, presumably from Russia.  The missiles – the acquisition of which was rumored but not confirmed – were caught on tape during a military parade.  The SA-24 is an advanced, shoulder-fired, infra-red seeking missile with a range of 6000 meters.[7] Given recent events, the wisdom of selling dozens of sophisticated shoulder-fired missiles to Venezuela seems dubious.  But Chavez is not about to give up the missiles, and Russia is not about to take them back.  What to do?

The international community should start by demanding an immediate and thorough investigation into the diversion of Venezuelan weapons seized from Colombian rebels or other unauthorized end-users.  This investigation should be led by an independent organization such as the Organization of American States, which conducted a similar investigation into the diversion of Nicaraguan assault rifles in 2001.  As part of this investigation, the Venezuelan government should provide a detailed summary of the stockpile security measures currently applied to its small arms, light weapons, and ammunition.  This summary should be at least as detailed as the information provided by the United States in the U.S. Defense Department manual, “Physical Security of Sensitive Conventional Arms, Ammunition and Explosives,”[8] and should be made available to the Organization of American States, its members, and the governments of countries that sell weapons to Venezuela.    If done correctly, the investigation will reveal any problems with Venezuela’s stockpile security controls, and will provide a blueprint for any necessary changes to these controls.

Secondly, the states that export weapons to Venezuela should condition future weapon sales on a full and complete investigation into recent reports of arms trafficking and diversion, and the implementation of corrective actions aimed at preventing future incidents.  Countries that have recently suspended weapon sales to Venezuela should make it clear that arms sales will not resume until shortcomings in stockpile security are fully addressed and Venezuelan weapons stop turning up in the caches of illegal armed groups.

Exporting states should also adopt rigorous end-use monitoring requirements for all small arms and light weapons exported to Venezuela.  This monitoring should be applied retroactively to previously exported arms and should include on-site inspections of Venezuela’s weapons depots by officials from the exporting state; rigorous transport, use, storage and retransfer requirements and restrictions; and routine post-shipment checks of exported weapons. Additional controls should be applied (if they aren’t already in place) to the SA-24 shoulder-fired missiles, including mandatory on-site physical inventories by serial number of all missiles and launchers.  The inventories should be conducted monthly by Venezuelan authorities and annually by officials from exporting states.  The international community should monitor implementation of these measures by Venezuela and its arms suppliers, and should intervene if these governments fail to make adequate progress in a timely fashion.

Finally, the international community should embrace post-shipment end-use monitoring as a fundamental anti-trafficking strategy and should push for universal adoption of robust EUM by arms exporting states.  Venezuela is but one of many sources of illicit arms, even in South America, and the global nature of arms trafficking means that unsecured arsenals anywhere are a potential target for international traffickers everywhere. While stemming the illicit arms trade requires action on many fronts, onsite physical inspections of exported weapons are particularly important as they have the potential to deter unauthorized retransfer and ensure that incidents of diversion and lapses in stockpile security will be detected by the exporting state.  Few exporters actively and systematically track their weapons after they leave their shores, however, and fewer still regularly send officials to physically check on exported weapons.  According to Sarah Parker of Small Arms Survey, “[i]n practice…it seems that few states other than the United States conduct significant physical and post-delivery checks.”[9] This must change if arms exporters and their clients are ever to curb the illicit trade in small arms and light weapons.

[4] Chavez claims that the AT-4s were stolen from a naval post in Cararabo in 1995.  Others, including Anna Gilmour of Jane’s Information Group, think that the launchers were acquired more recently.  FARC leader Alfonso Cano claims that his group captured the launchers “a long time ago in a military battle on the border.”  See “FARC chief denies getting launchers from Venezuela,” Associated Press, 13 August 2009; “Chavez halts imports of 10,000 Colombian cars,” Agence France Presse, 6 August 2009; and Brice, “Venezuela freezes relations with Colombia.”