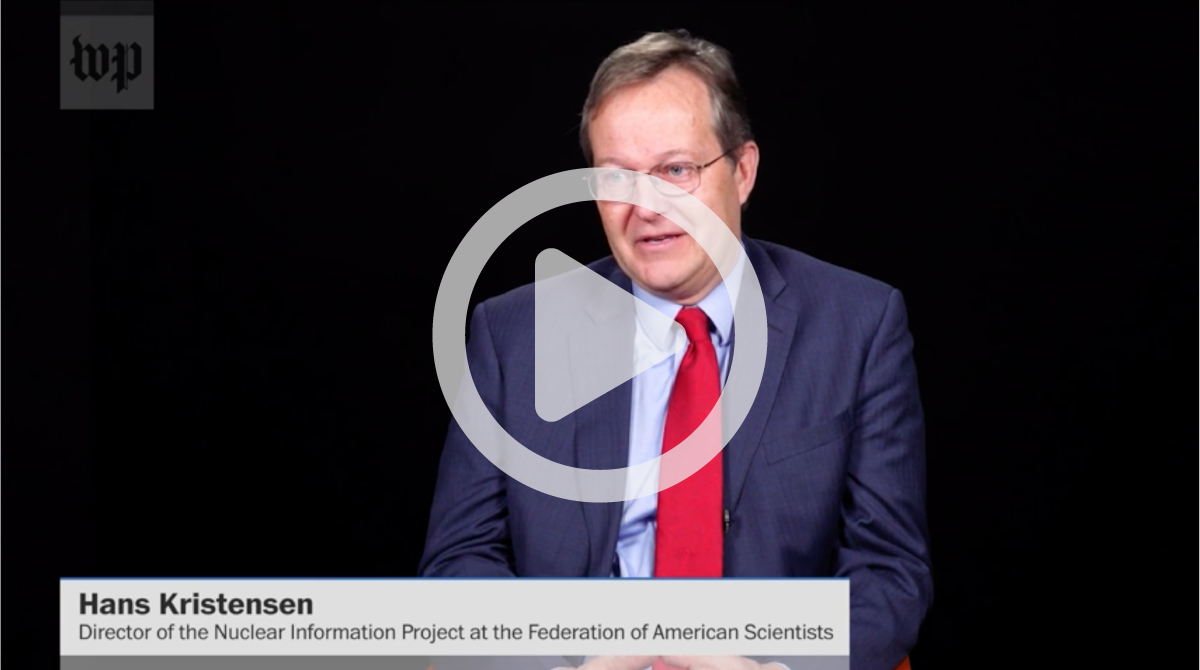 A new kind of Cold War

Hans Kristensen appeared on The Washington Post‘s “Checkpoint” video primer to discuss the history of nuclear weapons, his process for calculating estimates of the world’s nuclear arsenals, and the current state of Cold War-esque U.S.-Russian relations. →

Why aren’t more people freaking out about the nuclear warheads sitting 20 miles from downtown Seattle?

Hans Kristensen to Warrior Maven: B61-12 covers all gravity bomb targeting scenarios in one. →

North Korea Has the Trump Administration All Figured Out

Ankit Panda writes for The Diplomat: North Korea is actively working to decouple Trump from the rest of his administration. →

Pentagon Moves to Support War in the “Grey Zone”

The Department of Defense issued a directive this month based on new authority granted by Congress last year to engage in “low-visibility, irregular warfare” operations. →

The CRS says that, as a constitutional matter, it will be up to Congress to determine whether and how to reorganize U.S. national security assets management in space, and whether to establish a new “space force.” →