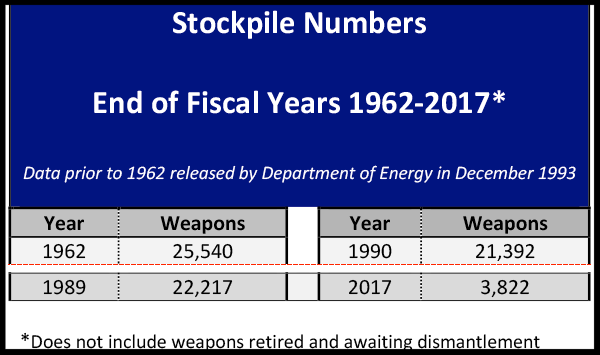 Through a declassification petition by FAS, the Department of Defense has released 2017 U.S. nuclear stockpile data, which show a 196-weapon reduction from 2016.

Who and what’s involved in bringing the US and North Korea together
Dr. Mount also spoke to CNN about the historical context of and strategic decisions involved with future U.S. talks with North Korea. →