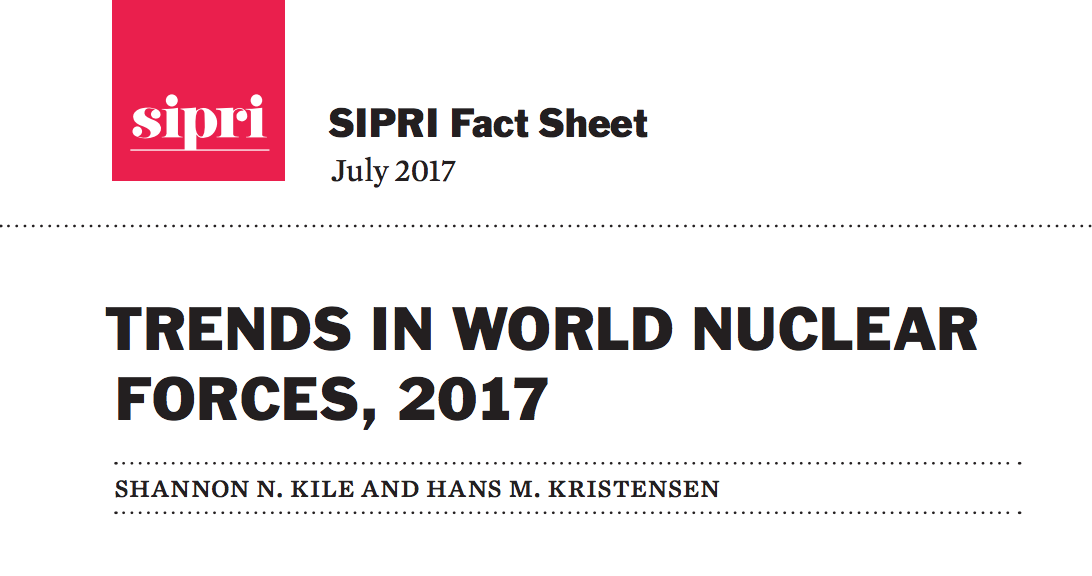 “‘I don’t think Iran got everything they needed out of the deal. They didn’t get the types of sanctions relief they were hoping for,’ Bidwell said, explaining that Iran still remains largely cut off from access to international banking and access to credit.” →

“Hans Kristensen … told CNN via email that the ‘the intelligence assessment is that they have produced sufficient fissile material sufficient to potentially build 30-60 warheads, not that they necessarily have built that many operational weapons.'” →

“Hans Kristensen … says he thinks the North Korean threat is likely bluster, but if it happened ‘there’s a real possibility’ the U.S. would take military action in response, given the potential for an accidental detonation …” →

Nuclear Monitoring and Verification in the Digital Age
Join FAS’ nonpartisan independent task force for a panel discussion to examine the technical and policy requirements for a nuclear agreement with Iran.

Also available are working papers on the project’s online hub.

These states are the United States, Russia, China, and India.