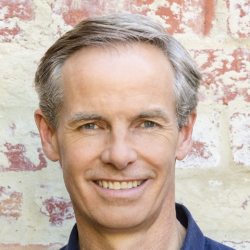 Julian Elliott is one of the world’s leading innovators in the production and use of scientific evidence. He is the co-founder and CEO of Covidence, a non-profit technology company providing the most widely used software for summarising science, a process known as ‘systematic review’. He developed the Living Evidence model: trustworthy summaries of science that are kept up to date with the latest research. This model dramatically improves the currency of high-quality scientific evidence and is now being adopted worldwide, including by the World Health Organization and several national agencies.

Dr. Elliott was the founding Chair of the Australian Living Evidence Consortium and established the Australian National COVID-19 Clinical Evidence Taskforce, both based at Cochrane Australia within Monash University’s School of Public Health and Preventive Medicine where he is a professor in evidence synthesis. He worked for many years as an infectious diseases physician and HIV clinical trialist, and is a recipient of the Australian Health Minister’s Award for Excellence in Health and Medical Research.