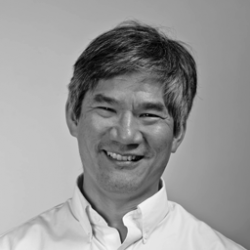 Gilman Louie is a partner of Alsop Louie Partners, a venture capital fund focused on helping entrepreneurs start companies. He is the former CEO of In-Q-Tel, a strategic venture fund created to help enhance national security by connecting the Central Intelligence Agency and U.S. intelligence community with venture-backed entrepreneurial companies. Previously Gilman built a career as a pioneer in the interactive entertainment industry, with accomplishments that include the design and development of the Falcon F-16 flight simulator as well as being the person who licensed Tetris, the world’s most popular computer game, from its developers in the Soviet Union. During that career, Gilman founded and ran a publicly traded company called Spectrum HoloByte which ultimately was acquired by Hasbro Corporation, where he served as chief creative officer of Hasbro Interactive and general manager of the Games.com group before joining In-Q-Tel.

Gilman has served on a number of boards of directors, including:

Wizards of the Coast, Netwitness, Ribbit, Zephyr Technologies, the National Venture Capital Association, the CIA Officers Memorial Fund and currently chairs the Mandarin Institute and the Federation of American Scientists. He serves as a member of the

Markle Foundation Task Force on National Security in the Information Age, serves as a member of the Technical Advisory Group for the United States Senate Select Committee on Intelligence, chairs the committee on Persistent Forecasting of Disruptive Technologies for the National Academies, and was recently appointed as member of the National Commission for Review of Research and Development Programs of the United States Intelligence Community.

In 2006, Gilman was presented with the Directors Award by the Director of the Central Intelligence Agency for his service at In-Q-Tel and providing service to the intelligence community. In 2002, he was listed as one of fifty scientific visionaries by Scientific American. Gilman completed the Advanced Management program/International Seniors Management Program at Harvard Business School and received a Bachelor of Science in Business Administration from San Francisco State University.