Ongoing conspiracy theories regarding mask use

A video on Twitter claiming that the metal wire in store-bought face masks are 5G antennas received 1.3 million views and 14.7K Retweets and Comments. Another video followed the same pattern of conspiracy theories denouncing mask use as harmful or a systematic and “deep state” effort to control the public. Other videos with similar messaging have been spreading this week on Facebook by a community of anti-vaccination activists.

On July 9, Russ Diamond, a Pennsylvania state representative with over 1,300 followers on Twitter, tweeted combative messages to journalists and misleading posters questioning the safety of face masks for children:

Tweets that fit our methodology and included the keyword “Fauci” (Dr. Anthony Fauci) indicated an overall 69% negative sentiment during the reporting period. These trends followed recent criticism of Fauci from the White House, including reports that the President has not received a briefing regarding the COVID-19 crisis from Dr. Fauci since early June and an appearance on FOX News in which the President admitted Fauci had made “many mistakes.”

During the reporting period, President Donald Trump made two false claims about the U.S. mortality rate. These tweets had the highest reach of all tweets searched using our methodology. On July 6, he tweeted: “Why does the Lamestream Fake News Media REFUSE to say that China Virus deaths are down 39%, and that we now have the lowest Fatality (Mortality) Rate in the World. They just can’t stand that we are doing so well for our Country!”

And on July 7, he tweeted ““COVID-19 (China Virus) Death Rate PLUNGES From Peak In U.S.” A Tenfold Decrease In Mortality. The Washington Times @WashTimes  Valerie Richardson.  We have the lowest Mortality Rate in the World. The Fake News should be reporting these most important facts, but they don’t!” On July 8, he retweeted his July 7 tweet. 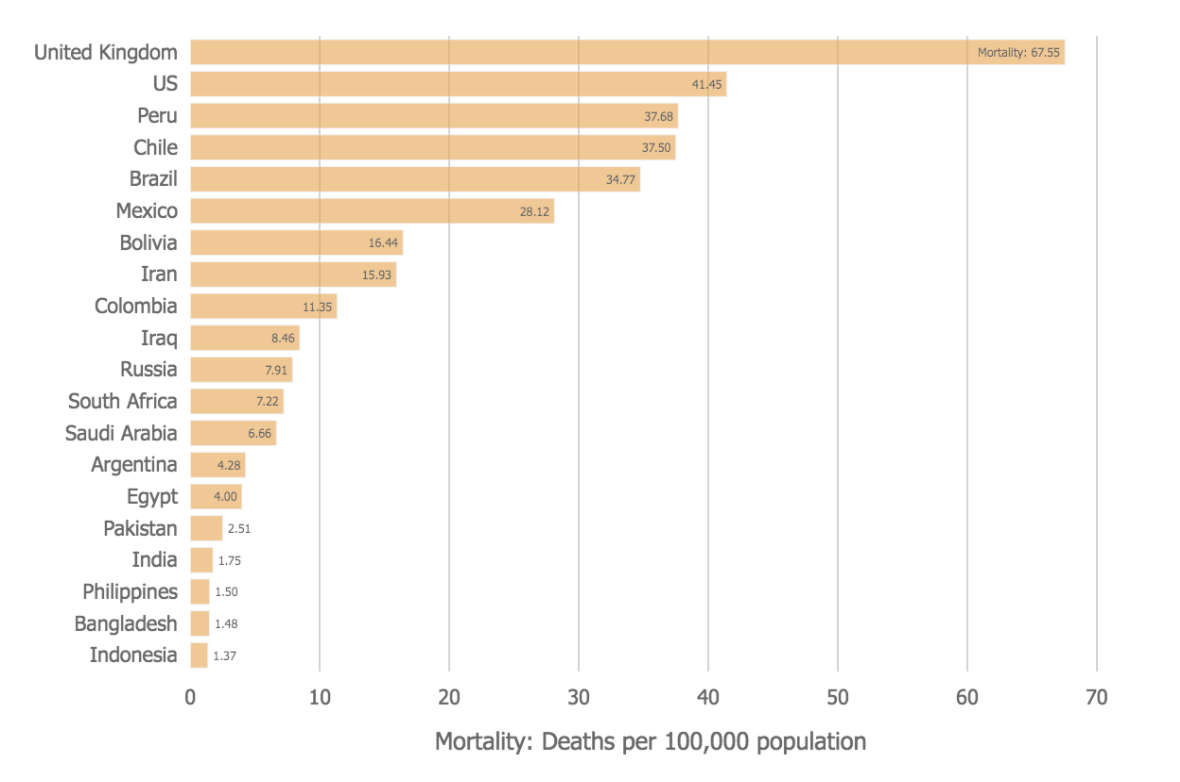 Skepticism and systematic campaigns against a COVID-19 vaccine

As the development of a COVID-19 vaccine continues, a number of disinformation campaigns have emerged against the World Health Organization, Big Pharma, and billionaire Bill Gates for planning or creating the virus to profit from the development and distribution of a vaccine. These claims are particularly prominent within the anti-vaxxer community on Facebook and YouTube and have been substantiated by claims by prominent figureheads on Twitter.

In recent months, environmental lawyer and activist Robert Kennedy Jr., who is noted as a vaccine skeptic, was quoted by conspiracy news sites as a prominent figurehead exposing “Big Pharma” and questioning the safety of vaccines. Kennedy has publicly accused Bill Gates of controlling the World Health Organization and has substantiated theories that Gates and Dr. Anthony Fauci both aim to profit from a COVID-19 vaccine. Following conspiracy theories propagated by the Plandemic documentary earlier this summer, Bill Gates has become the target of many conspiracy theories, including one propagated by Kennedy in an op-ed suggesting that the World Health Organization is a marketing arm of Gates’ vaccine empire.

Our analysis has also revealed overall apprehension and fear among Americans regarding the prospective uptake of a COVID-19 vaccine. A recent poll indicated that most Americans say they will not take a vaccine, when it is produced. This week, Kanye West referred to vaccines as “the mark of the beast” and that a COVID-19 vaccine was an attempt to “put chips inside of us.” On July 4, Nation of Islam leader Louis Farrakhan gave a three-hour speech about the danger of vaccines, imploring Africans and African-Americans to be wary of “their medications.”

Editor-in-Chief of Uncover DC, Tracy Beanz (219.2K followers), shared a thread (3K retweets, 1.8K likes) and played to fears that if one were to refuse treatment or vaccine, the state health department would have the authority to vaccinate you “By any means necessary”. Comments in response to the tweet used terms like “unconstitutional” and “illegal” and challenged theories regarding vaccination.

Of 6.71M tweets regarding mentioning COVID-19 testing, vaccines, treatment or mask use, overall sentiment was negative (56%). Top locations for tweets were the United States (5.6M) and the United Kingdom (574K).

Negative sentiment has fluctuated but has remained high since the start of the pandemic: 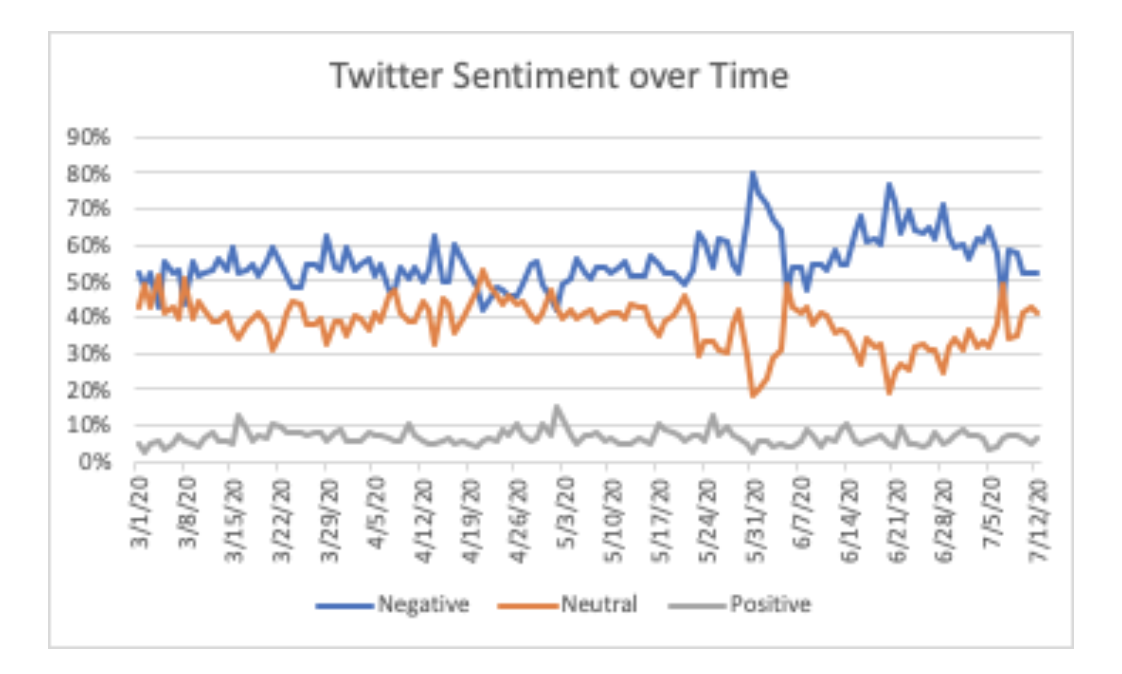 Using open-source investigation techniques, FAS evaluated the volume of social media interactions regarding coronavirus using Twitter posts and digital news articles published between July 3-12. The breakdown of the following information was primarily focused on results in the United States, but also provided data from other English-speaking contexts, including Australia, Canada and the United Kingdom. FAS analysts evaluated the volume of tweets that emerged over time, the reach of trending tweets, and overall public sentiment. The search term used to identify highest reaching tweets were  (“COVID”, “virus”, OR “coronavirus”) AND “(“testing” OR “cases” OR “test” OR “rate”) OR (“Vaccine” OR “treatment”) OR (“mask” OR “masks”).