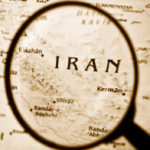 Yes, today, 9 April, is the official Iranian holiday to celebrate all the progress that the Iranians have made toward nuclear self-sufficiency. The Iranian nuclear program is getting lots of news, especially their effort to enrich uranium using centrifuges and today’s inauguration of their new fuel fabrication facility. The fundamental problem with centrifuges is that they can be used to produce uranium for a nuclear reactor but the very same machines can also be used to produce uranium for a nuclear bomb. The Iranians protest that they have every right to nuclear power while the rest of the world worries that the entire nuclear power enterprise is a thin cover for a bomb program.

If you have ever wondered how centrifuges work, how they are built, or their link between bombs and power plants, the Federation of American Scientists has answered your question. My colleague, Ivanka Barzashka, and I have just published an entirely new section of the FAS website explaining centrifuge technology and the associated proliferation concerns. It even includes a nice animated video that demonstrates how centrifuges work. I believe that this is the single best resource on centrifuge technology on the web.

Soon, Ms Barzashaka, will post additional sections that look specifically at the Iranian centrifuge program, analyzing what the capabilities of their machines are and how fast they can enrich uranium.