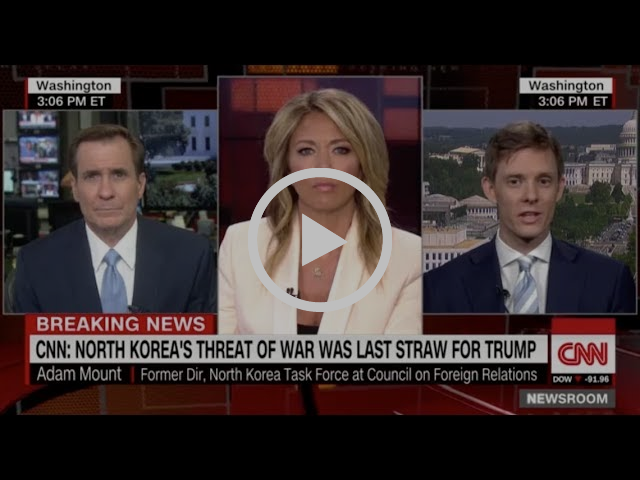 Kim Jong Un-Trump summit: How did it all fall apart?

(AUDIO) “It could have been a lot worse”: Diplomatic challenges ahead for US-North Korea relations

Canceling of Trump-Kim Meeting Shakes Asia but Could Help China

ADAM MOUNT told The New York Times that Trump’s summit cancellation allows North Korea to meet “all of its objectives.” →

ADAM MOUNT appeared on NPR’s All Things Considered to discuss what North Korea’s nuclear test site dismantlement does and does not do. →