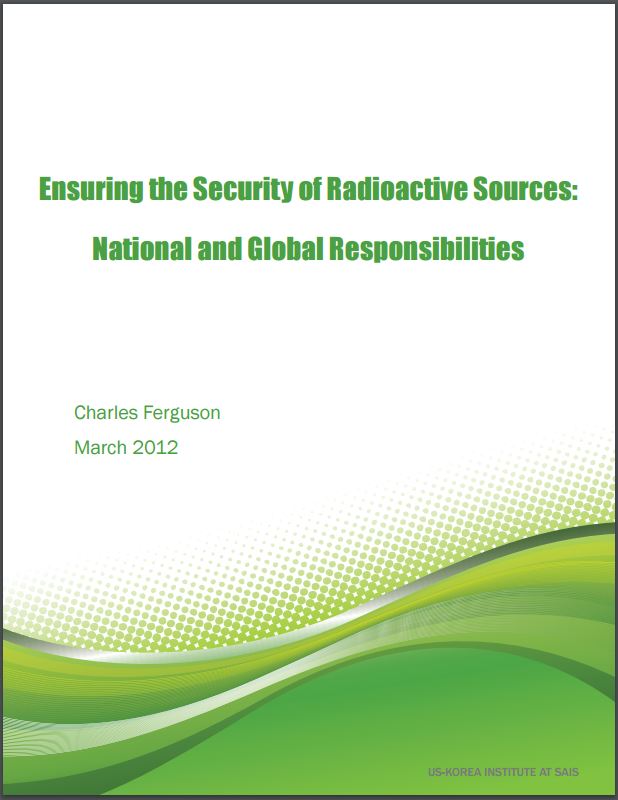 For most of human existence, people were unaware of the powerful nuclear forces deep inside atoms, although they were exposed to natural background radiation derived from these forces. Not until the end of the 19th century did the first “nuclear scientists,” notably Henri Becquerel and Marie and Pierre Curie, discover energetic rays emanating from certain types of atoms due to these forces. Because of its relative natural abundance and its powerful radiation, radium became a workhorse radioactive substance for the first half of the 20th century.

In this report, FAS President Charles Ferguson examines the national and international efforts to control and secure radioactive materials. He provides background on the basic principles of the science of ionizing radiation and radioactive materials; a risk assessment of the safety and security of these materials; a discussion of various pathways for malicious use of commercial radioactive sources; and an analysis of the many efforts underway to reduce the risk of radiological terrorism with recommendations for the inclusion of this issue at the 2012 Seoul Nuclear Security Summit (“Seoul Summit”) and beyond.