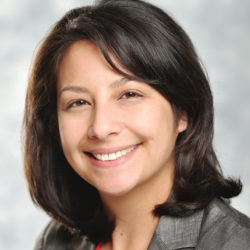 Policy Entrepreneur in Residence for Climate and Clean Energy

Jetta Wong is President of JLW Advising, where she advises clients on how to bring new clean energy technologies to the market. She works with laboratories, think tanks, and other innovation organizations to develop policies and programs focused on U.S. competitiveness and the commercialization of technologies that reduce carbon emissions.

She is a Senior Fellow at the Center for Clean Energy Innovation at the Information Technology and Innovation Foundation. From 2012 through 2016, she was a political appointee in the Obama Administration and worked at the U.S. Department of Energy. In 2015, she established the Office of Technology Transitions for the Department and served as its first director. Before OTT she was in the Office of Energy Efficiency and Renewable Energy, where she worked on clean energy manufacturing and led the office’s National Laboratory Impact Initiative. While at DOE, she co-chaired the White House’s National Science and Technology Council’s Lab-to-Market initiative focused on creating economic impact from federally funded R&D. Before joining DOE, she worked for the U.S. House of Representatives’ Committee on Science, Space, and Technology. Prior to working for Congress, she worked for the Clean Energy Program of the Union of Concerned Scientists (UCS) and the Environmental and Energy Study Institute (EESI). Her career in energy started in Uzbekistan where she was a natural resources consultant on an anaerobic digestion development project funded by the U.S. Agency for International Development.

She sits on many boards, and advisory committees including her most recent appointment to the Board on Energy and Environmental Systems of the National Academies of Sciences, Engineering, and Medicine. She holds a MPS in legislative affairs from George Washington University and a B.S. in natural resources and the environment from the University of Michigan.