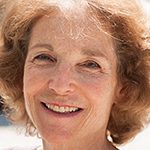 Jenifer Mackby is a Senior Fellow for International Security at FAS. Ms. Mackby has worked on international security, nonproliferation, and arms control issues at the Center for Strategic and International Studies (CSIS), the Comprehensive Nuclear-Test-Ban Treaty (CTBT) Organization, the Conference on Disarmament (CD) and the United Nations. As a Fellow at CSIS, she has led projects on U.S.-U.K. Nuclear Cooperation, Asian Trilateral Nuclear Dialogues, 21st Century Nuclear Issues, and the CTBT, and has worked on Strengthening the Global Partnership, European Trilateral Nuclear Dialogues, Reduction of U.S. forces in Europe, among others. Previously, she was responsible for the negotiations on the CTBT in the CD, as well as the Group of Scientific Experts that designed the core monitoring system of the treaty. She then managed the implementation of the verification work at the CTBTO in Vienna. Ms. Mackby served as Secretary of the Biological Weapons Convention Review Conference, the UN Special Commission on Iraq, the Convention on Environmental Modification Techniques Review Conference, Nuclear Nonproliferation Treaty Review Conference committee, and others. She is a Senior Adviser for the Partnership for a Secure America, and has written extensively about non-proliferation and arms control issues. She has also lectured at universities, appeared widely in the media, and speaks fluent French and Spanish.