FAS published a new Issue Brief, “A Nuclear-Free Mirage? Obstacles to President Obama’s Goal of a Nuclear Weapons Free World.” Dr. Robert Standish Norris, Senior Fellow for Nuclear Policy at FAS was interviewed by Charles Blair, Director of FAS’s Terrorism Analysis Project, about the obstacles to the implementation of the Obama administration’s Nuclear Posture Review (NPR). After twenty years since the end of the Cold War, how far down the path are we toward a nuclear weapons free world? Despite President Obama’s goal of eventual nuclear disarmament, Dr. Norris explains why the latest effort to alter the role of nuclear weapons—a necessity if we seek to eliminate them—is likely to falter. Listen to the FAS Podcast here.

Almost two decades have passed since the United States seriously considered reducing the role of its nuclear weapons. The earlier effort—the 1994 Nuclear Posture Review—failed to narrow the broad array of missions assigned to U.S. nuclear forces. Thus, despite significant decreases in the numbers of nuclear weapons, the end of the Cold War precipitated no net downsizing of the U.S. nuclear infrastructure; indeed its collective budget continues to exceed Cold War spending levels. However, President Obama’s 2009 Prague speech harkened back to the halcyon early days of the Post-Cold War world; the President promised to “take concrete steps towards a world without nuclear weapons.”[1]  One year later, In April 2010, the Obama Administration released its Nuclear Posture Review (NPR), formally articulating a strategy toward a “world free of nuclear weapons.” 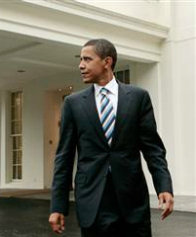 Today’s interview with Robert Norris explores the 2010 NPR. Specifically, it addresses how the NPR seeks to achieve President Obama’s vision of a nuclear weapon free world. Unfortunately, Dr. Norris concludes that the NPR is “not up to the task of bringing about this goal.” Why? Dr. Norris argues that a sine qua non to lower levels of nuclear weapons and their eventual elimination is an immediate reduction in their missions. Dr. Norris argues that today “there is only one job left for nuclear weapons: to deter the use of nuclear weapons.”[2] As the NPR goes through its implementation process, Dr. Norris explains, opposition to the types of changes envisioned by the President Obama mount.  “It has to do with constituencies and bureaucracies and careers and budgets and a whole host of things that were the driving forces behind the arms race to begin with,” Dr. Norris explains, adding that, “many of those things are still in place, still operative, [and] resistant to radical kinds of changes.

Alarmingly, listeners should be mindful that these obstacles to President Obama’s vision toward a nuclear weapons free world have gone largely unreported by the media and unexplored by most policy-based non-profit think-tanks. In this regard, FAS stands virtually alone in its exploration of the implementation of the 2010 NPR and its increasingly ephemeral vision of a world free from nuclear weapons.