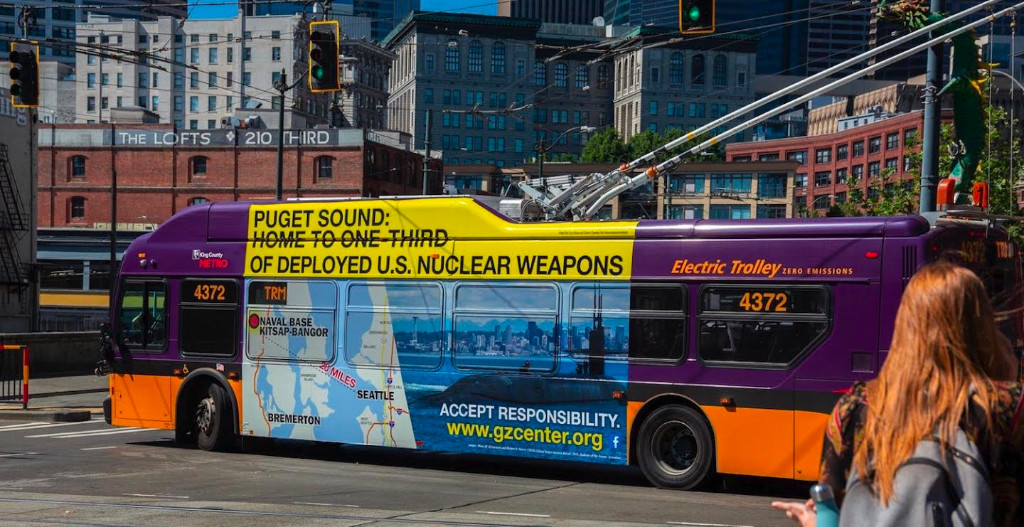 Hans Kristensen was the expert source for the Ground Zero Center for Nonviolent Action’s Seattle, Washington public bus campaign to illustrate the city’s proximity to Naval Base Kitsap-Bangor, which houses 8 of the Navy’s 14 Trident nuclear-powered submarines. →

Adam Mount was quoted in Reuters: “[Kim Jong-un has] realized he can humiliate and ignore the U.S. as long as he flatters the president.” →

Adam Mount told CNN: The White House has tried to “shoot for the moon” with total disarmament and North Korea is clearly unwilling to do that. →

Ankit Panda writes for The Diplomat: DPRK has operated a uranium enrichment site for decades. →

The Federation of American Scientists hosted two former foreign affairs officials in the North Korean government for an off-the-record roundtable discussion on DPRK politics and proliferation issues. The exchange gave FAS personnel and invited guests a rare opportunity to learn about issues, perceptions, and motivations surrounding the DPRK’s nuclear and ballistic missile programs from a North Korean perspective.