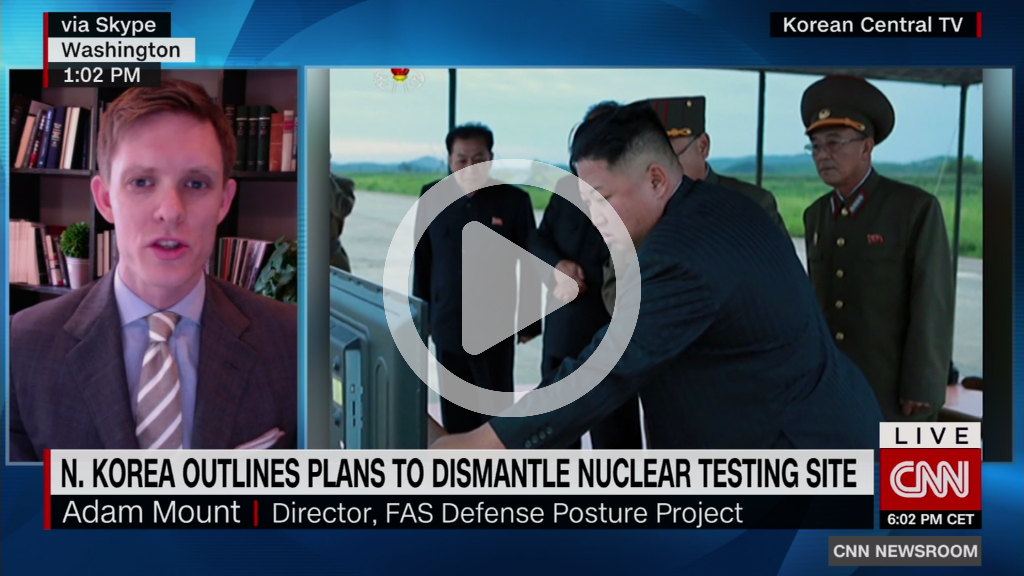 FAS’ Adam Mount, Ph.D., appeared on CNN to discuss what additional steps need to be taken to limit North Korea’s nuclear capabilities and move toward denuclearization. →

by ADAM MOUNT & ABIGAIL STOWE-THURSTON
“The Trump administration must be clearer about what it expects from Pyongyang.” →

Is North Korea trying to get John Bolton fired?

Dr. ADAM MOUNT told The Guardian that the “North Koreans know how to make an explicit threat,” and this one might be a play for leverage. →

Dr. ADAM MOUNT told Morning Consult that a less effective deal might result from North Korea talks if President Trump is looking for a political win. →

North Korea-US talks: Kim is in this for economic guarantees

ANKIT PANDA explained to BBC that sanctions relief on North Korea is “impossible,” and that “nothing can happen without the UN and the US.” →